Immobile 70yo had to be hoisted out of bed – but can now walk on her own.

Janice McIvor suffered so badly after a serious fall, she couldn’t get out of bed and had to be hoisted into a chair. Now she can walk on her own again.

Doctors told the 70-year-old she might never able to walk again after falling when getting out of a taxi several years ago – but the gym at her Radius Care home in Christchurch has helped take care of that.

Janice, a resident at Radius Hawthorne in Bryndwr, is one of the many success stories the aged care facility has seen after setting up a gym on site seven years ago. Bill Parker, the exercise-focused activities co-ordinator at Radius Hawthorne, runs the gym and says it’s exciting to see the difference exercising makes to the elderly residents.

McIvor’s case is particularly inspiring: “Her injuries included lacerations and a broken femur and her prognosis wasn’t good. She spent three months in bed and lost her mobility. Because she couldn’t walk, she had to be hoisted out of bed and into a chair.”

McIvor slowly regained some mobility and strength thanks to sessions in the gym: “She was incredibly dedicated and hard-working,” says Parker. “We worked at getting her standing using handrails we have in the gym, then we set a goal for her to take a few steps. Then we increased that to being able to walk out of her room, and then walking to the lounge. It took a long time but she got there in the end.

“Janice has kept going and is doing really well. Even when she was in a wheelchair, she’d be in the gym, hitting the punching bag, and she is the first one at our exercise classes. Her whole life has changed and she’s quite proud of herself.”

The benefits of exercising for the elderly include building muscle strength, increasing flexibility, improving mobility and helping with cognitive function. It’s also good for balance and coordination, which may prevent falls.

Parker, who has been at Radius Hawthorne for over 20 years, is a keen sportsman who recognises the importance of staying active, especially as we age. He could see that a gym would be a great asset for the residents and around seven years ago, thanks to a generous donation from a resident, realised his dream of being able to set up a space with equipment including a treadmill, a recumbent exercycle and two upright exercycles.

Parker, who has been at Radius Hawthorne for over 20 years, is a keen sportsman who recognises the importance of staying active, especially as we age. He could see that a gym would be a great asset for the residents and around seven years ago, thanks to a generous donation from a resident, realised his dream of being able to set up a space with equipment including a treadmill, a recumbent exercycle and two upright exercycles.

The gym is now hugely popular, with some residents coming to work out nearly every day. “There is a waiting list to get into the exercise class, it is standing room only,” Parker says.

Before they start at the gym, residents must have the go-ahead from their doctor; exercise plans are formulated according to their capabilities and any health conditions they may have.

Parker says they’ve had amputees who welcome the chance to get moving and dementia patients who may struggle to do other activities, but can exercise.

“Even if you haven’t ridden a bike for 50 or 60 years, once you get on that exercycle, you remember how to pedal.”

Then there is the impact on mental well-being: “That is huge. Exercise can help with mental health and coming to the gym gives them the chance to get out of their room and socialise, which is really good for mental health.”

Parker plays music which helps to create a fun atmosphere and many of Radius Hawthorne’s gym goers say their sessions give them something to look forward to. Respite patients have even asked to go to the facility because of the gym.

Parker recalls one 70-something woman who became a huge fan of the recumbent bike: “She started off doing a kilometre and liked it so much she wouldn’t get off. She’d be on the bike, eyes closed, listening to the music and just going and going. She’d do 20km at a time.” Another resident spends an hour every day on the exercycle.

He finds real joy in seeing how much residents enjoy their time in the gym and seeing improvements in their wellbeing, no matter how minor.

“It’s really hard to lose your mobility and have things start to go wrong, especially when you’ve been independent and strong in the past,” Parker says.” We’ve got people who used to have physical jobs, like being farmers or foresters, or working at meat works. They’re tough, they want to be able to do move around and do things without needing help.

“So to get back even a tiny bit of your mobility and be able to do things you’ve been unable to do for a while is really important.”

Helping people to do that is extremely rewarding: “I’ve done a lot of things in my life but there is nothing that has been more satisfying than what I am doing now with the gym.”

Radius Care has a range of videos with advice on moving into care. Radius Care’s residents and staff members look a lot like the New Zealand of today, a melting...
Continue reading
by greatnorth 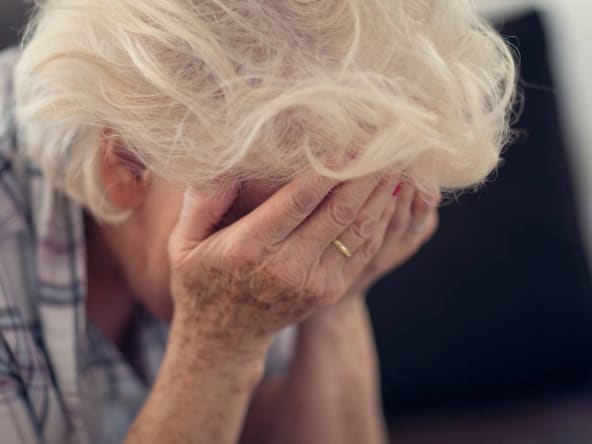 Even end of life legislation doesn't cover people in aged care who feel "enough is enough". The...
Continue reading
by greatnorth Falls are one of the biggest health hazards for elderly people living at home or in aged...
Continue reading
by greatnorth